Sri Lanka The pearl of the indian ocean

Sri Lanka is a pear-shaped continental island situated below the southern tip of India. It has a land area of 65,610 sq.km and is separated from the Indian peninsula by the Gulf of Mannar and the Palk Strait, just 32 km at the narrowest point. Lying in the Indian continental shelf, the ocean depth between India and Sri Lanka is quite shallow and during much of the geological history it has been connected to India. 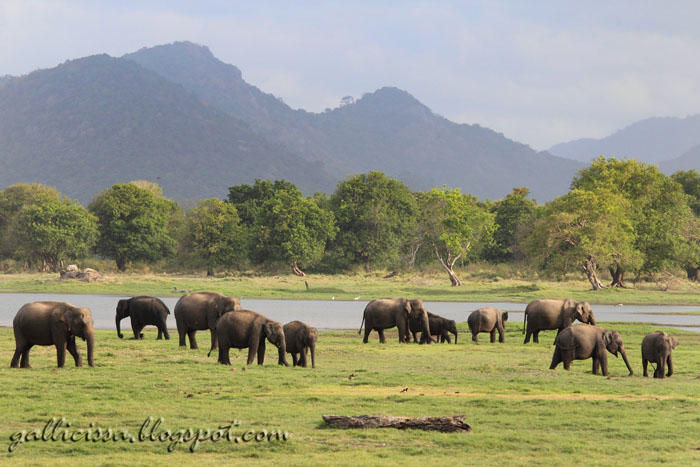 The country has a mountainous interior and contains 103 river systems that mostly radiate from it and flow down to the Indian ocean. Two major monsoons that the island receive annually influence the division of the country into two main climatic zones namely wet zone and dry zone. The Southwest monsoon winds that blow between May-September, bring heavy rain to the Southwestern part of the island and to the mountainous interior which comprise roughly 1/3 the island forming the wet zone.

The Northeast monsoon brings rain to the entire country during late October to February. Therefore the wet zone receives two monsoons remaining wet almost throughout the year. Sri Lanka has a year round temperature of around 28-32 C in the lowlands and a pleasant 16 C or so in the central highlands with nights being even cooler.

Large amounts of rainfall and high temperatures year round in the wet zone have given rise to spectacular rain forests, which are home to a rich biodiversity much of it endemic to the island. With 0.7 % of the world’s vascular plants endemic to it, Sri Lanka and Western Ghats in India are regarded as one of 25 biodiversity hotspots.

The dry zone has some of the Asia’s best National Parks such as Yala National Park home for a rich diversity of mammalian fauna including Leopard, Asian Elephant and Sloth Bear.

Sri Lanka has a population of 21 million, which comprises of multi ethnic and multi religious communities. Sinhala and Tamil are the main languages. English is widely spoken. Nearly 70 % of the population are Buddhists. The rest are of Hindu, Christian & Islamic faiths.

Colonial rule under the Portuguese, Dutch & British from 16th century until the country obtained independence in 1948 has further painted island’s cultural fabric vivid. Sri Lanka has been known by a range of names. Its previous country name is Ceylon, which is the British colonial name for this island nation and is reflected in the popular brands such as Ceylon tea, marketed interestingly by the Sri Lanka Tea Board. The current name ‘Lanka’ is in fact its earliest one derived from the famous Indian Epic Ramayana of pre Christian era in which the country is referred as ‘Lanka’. The prefix ‘Sri’ is an honorific title meaning ‘resplendent’. Country earns most of its income through exporting Garments. This is followed by remittances received by locals working abroad, Tea and Tourism. In 2005 the tourist arrivals topped a record high of 550,000.

Sri Lanka is one of the few countries in the world that can boast of a written history of 2,500 years. Many monuments, inscriptions and ruins dotted all over the country bear silent witness to its ancient heritage. There are 7 UNESCO World Heritage Sites in the country out which 6 are cultural and one natural, which is Sinharaja rain forest (112 sq.km.), our undisputed endemic hotspot. The currency that is used in Sri Lanka is Sri Lankan Rupees (SLR/Rs). In Feb 2007, 1 GBP equalled to Rs.213, 1 USD to Rs. 109 & 1 Euro to Rs. 142.

Sri Lankans are friendly people always ready to flash a smile and are happy to share the rich natural and cultural heritage of their resplendent island.